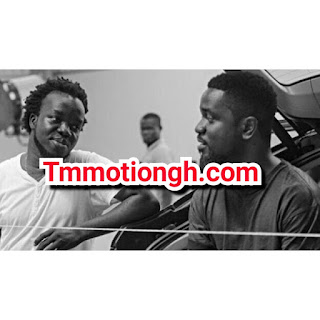 Tragedy has hit Ghana’s music lovers according to the signals coming from Akwaboah and Sarkodie.
According to Akwaboah, he has lost all songs on his laptop including his next album after the machine’s hard disk crashed.
The Ghanaian highlife singer, songwriter and record producer, made this known last night when Twitter was buzzing with Jay Q and Appietus’ #BehindDaHitz challenge.
Join Our WhatsApp Group
Advertisement
Sarkodie, who has closely been working with the musician and always reiterate how talented and creative Akwaboah is, has expressed shock at his loss. Quoting the “Hold Me Down” singer’s tweet, Obidi wrote, “we are dead”.
Akwaboah in his tweet is seeking the help of IT experts as he is asking if there is any possible way he can retrieve his files from the crashed hard disk. “So my laptop hard disk crashed yesterday..I’ve lost all my music including next album.. can anyone help with retrieving them,” he wrote.
SORCE :TMMOTIONGH.COM