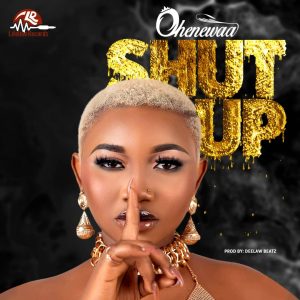 Ghanaian singer Ohenewaa after weeks of teasing fans is finally out with her debut single ‘Shut Up’’. Shut up is a feel good afro-fusion single that fuses the Ghanaian highlife sound with the now internationally accepted afro-beats sound.

The song talks about freedom and the ability to enjoy life to the fullest. ‘Shut Up’ is a jam for the dancefloor and one for your playlists. The song is also accompanied by a party themed video directed by YooFyah.

Ohenewaa is signed to Lifeline Records and has been tipped by media personality Abeiku Santana as the next major music star from Ghana. Enjoy Shut Up by Ohenewaa.