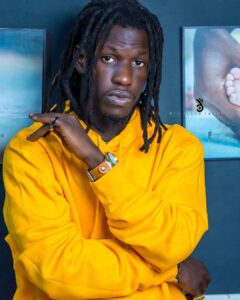 Your number one entertainment leading news portal, Tmmotiongh.com has sighted a video circulating on social media and it’s something worth talking about.

A couple of weeks back, Kuami Eugene visited the Garden City (Kumasi) to premier his Afro Hilife Ep and that wouldn’t have been complete without hosting a show in the metropolis. The show was held at Rattery Park with sponsorship from Adonko Next Level Premium Drink, Boomplay and Itel Ghana. 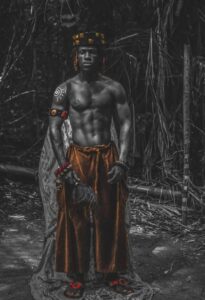 Witnessing a huge turn up at the musical concert, lots of industry players in the metropolis threw their weight behind the Rockstar to chalk a successful program. Artiste like, King Paluta, Kweku Flick, Lil Win, Strongman, Kweku Darlington and a whole lot of artistes were present to wow the crowed with awesome performances.

One of the most talked about and outstanding performances for the night was when Kuami Eugene performed for the first time with the Nyaako hit maker King Paluta and according to the video circulating, Kuami Eugene confessed his love for the rapper (King Paluta) as one of his favorites of all time rappers.

To the surprise of many, the Rockstar was spotted signing word to word of King Paluta’s song without missing a single word. Fans present cheered them up and showed much love as the duo performed on the stage. Enjoy the video below