Skip to content
Home
General News
I’m Not Taking Them Down, You Proposed To Me – Akuapem Poloo Reacts To AMG Armani’s Assertion To Pull Down Their Love Birds Photos & Videos Online 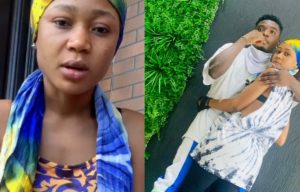 Akuapem Poloo has responded to AMG Armani’s instruction that she should pull down photos and a video of them at the gym doing adults play.

A few days ago, Poloo published photos and videos of herself with AMG Armani claiming they are in a relationship giving rise to it glance severe. That they’re romantically connected convincing those in suspicion it that it’s true.

A video from AMG Armani indicated that they’re not romantically connected claiming he had met Akuapem Poloo just a couple of times. And they recently met at the gym where she asked for photos and he obliged. But has no idea why she posted it to bring about courtship between them.

According to AMG Armani, the post of Akuapem Poloo is causing problems between him. And his girlfriend who thinks he’s cheating on her with Akuapem Poloo. But that isn’t the case and he has no idea what she wants to achieve with what she did.

AMG Armani then asked Akuapem Poloo to pull down the photos and videos on her page. And asked bloggers who have also broadcasted them on their pages to delete them. Because nothing is going on between them as she has claimed.

Akuapem Poloo has come out to react to this pull-down photos and videos assertion from AMG Armani.

According to Akuapem Poloo, she will not take them down because when they met. And asked for them to take the photos, he agreed. And when she kissed Armani’s chest, he enjoyed it and didn’t complain.

He proposed to her and she accepted, so how come, he is now asking her to delete the photos and the video posted on her page

Poloo said she suspects that people have gossiped about her to AMG Armani, that’s why he is asking her to delete or pull down the photos and the video.

Tags:I’m Not Taking Them Down, You Proposed To Me – Akuapem Poloo Reacts To AMG Armani’s Assertion To Pull Down Their Love Birds Photos & Videos Online 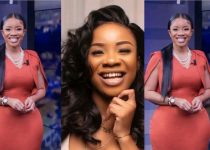 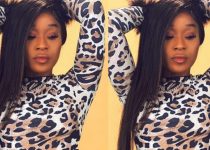