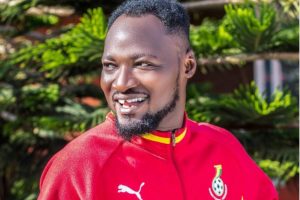 It was believed the comic actor was healing from his depression after he received treatment from a psychiatric hospital.

He bounced back and called out the names of some prominent people who have helped him in the past including Adebayor.

In a video, Funny Face stressed that he was going to kill his baby mama. And after he would kill himself afterwards.

It appears that the children President feels neglected by people he expected to be around him and help him in his ordeals.

After he mentioned and insulted some prominent people in. Ghana for ignoring him for listening to his ex-wife, has given a note of committing suicide.

In a recent post, the “Kasoa Vandam” endangered of dying as a hero tonight as he promises to kill himself.