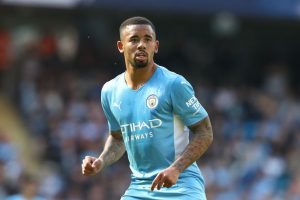 With Todd Boehly’s £4.25billion takeover of the Blues completed the club are set to target two marquee signings to mark the beginning of the new era. And with the Brazilian due to leave the Etihad following the arrivals of Erling Haaland and Julian Alvarez the Blues could swoop to secure his services.

It comes as Billy Gilmour has been warned that he could become the “next Barry Bannan” if his performances do not improve for both club and country. And Real Madrid are set to benefit from Chelsea’s transfer gamble last summer.

Have Your Say! Who do you think Chelsea should target in the summer transfer window ? Tell us here.

The Brazilian has been linked with a summer move to Arsenal, although Real Madrid, Tottenham Hotspur and Atletico Madrid are also thought to be interested in him. And Chelsea have now reportedly joined the chase for the forward ahead of his blockbuster summer move.