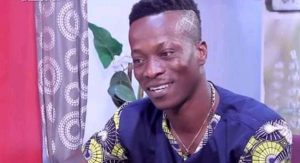 Legendary Highlife musician, Kaakyire Kwame Fosu, well known as KK Fosu, has revealed that. The cost of hiring an aircraft for President. Akufo-Addo’s trips can fix the horrible Mangoase road if the money were given to him.

The ‘Anadwo Yede’ hitmaker, who has been pleading with the government for some time now to fix the bridge linking. Asuoya to Koforidua, has said that he should be given $5 Million to fix the problem.

“As for the Mangoase road if they give me $5Million,. I mean they should hand over the money to me I will fix it,”. He said on Kastle FM in Cape Coast.

He added “I will make sure that after fixing it, I will put a toll gate so that when. Nana Akufo-Addo is coming to Mangoase he will pay at the toll gate.

“At the same time, that toll gate will be used to generate a lot of funds to support other developmental works in the country,”. KK Fosu stated in an interview with Amansan Krakye

Meanwhile, plans are far advanced to purchase a new presidential jet for President. Akufo-Addo’s foreign travels amidst allegations that he hired a luxurious aircraft at the cost of $14,000 per hour.

KK Fosu ended “We should think, do you know the jobs that I can take to Mangoase when I have $5 Million physical. So why would you waste that amount to go rent a plane with it, that’s their problem so let’s leave them to it”.